Creativity is a beautiful gift. Expressively, the talented Hip Hop Recording and Performing Artiste, Harry Carter has churned out a great deal for himself in delivering the masterpiece in his arsenal. While there’s a lot of project to speak of, the most recent body of work, his EP, Carterlyst is obviously one catchy anthem we haven’t been able to get enough of, with singles such as “A Bad Place, Brave, Caliente, You Do (feat. Lyn), Hold Me Down and Don’t Go.”

From high bops to emotionally treaty lyrical content, we might assume there’s always a story attached to records such as these.

“What really inspired these records?” A question that kept ringing in my thick skull as I leaned towards starting this conversation with the fast rising star, who has successfully mastered his art and being celebrated by his peers while awaiting his talent to be fully heard and paid attention to, a time which should not be too far from now.

The conversation begins as we move forward, the star who needs no more introduction cleared the thoughts in my head, saying each of his records are mostly carefully thought through, only “Brave” was written in about 20 minutes, he also added that others at different points, he was trying out a certain sound that he hadn’t tried before and that this is one thought that defines the drift space in sound between most records in this piece.

He went further and chipped in that When he writes a song, he picks a topic, person, place or feeling and tries to extract everything from it- A Process which seemingly has enabled his artistic creative output.

On inspiration behind each singles off the project, he had this to say.

“Bad Place was written cause I was sad about a lot of things and where I come from. I’m the kind of artist who will say “I came from the gutter” and really mean it,not because I wanna belong. I did grow up in a Bad Place, from deaths, to abuse to rape to violence, poverty and loss of hope.
It’s gory where I come from and enough _of it wasn’t talked about on that song cause I deliberately made it short.”

“Caliente” was a vibe. I loved the beat and it’s Spanish samples. I love Spanish and Latino music, so I felt I should title it in Spanish too. Caliente means hot and I was talking about a hot sexy chic.

“You do Feat Lyn”. I met Lyn in 2018 in Lagos and we recorded the song. I had written it before I met her and she was amazing with her verse. It’s the longest song of the EP. I normally don’t like features anymore. It can be stressful but she did it with a breeze and it was the first time I worked with a girl on a song. “

“Hold me down” was about a FWB that I knew wouldn’t really be down for me cause I know there’s no love there. Anyways most of these kind of songs are imaginary but could be from someone else’s experiences. The verse was for my fans. I was being grateful for them and literally saying that the real fans aren’t just fuvk buddies. They hold me down till whenever.

“Don’t go” was completely fictional and I challenged myself on that record to actually sing better cause I had been improving my vocals.

Although comprehensive, the amount of hardwork, sacrifice and dedication put into this project is however glaring and applaudable.

Harry Carter also tipped us on how he came up with the title for his EP, saying “I had already recorded all these songs before I came up with the name Carterlyst. I wanted to release Carterstrophy first. But I figured I had enough material for a Mixtape. So it was named Carterlyst being the one that ignites the main body of work dropping later. I tried the experiment and it worked. I Thank God and my fansit did.

On What we are to expect in “Carterstrophy”, he simply smiled and said “Something Different”, indicating that it would comprise of New genres which might be entirely different from Hip Hop.

Harry Carter also expressed that success counts the most to him when his fans love his project and “Carterlyst” did the most and also introduced new people to his religion.

He might be away for a while, promoting his project but however lined out, Harry Carter approves the possibility of remarkable singles, videos, merchline and a concert.

We pretty much expect more from the CarterCamp but now we can only do so much as to enjoy the most he would deliver to our phase and if you haven’t yet, do take time out and Listen To The EP – Carterlyst.

Hope you enjoyed this piece, if you did, do drop a comment. 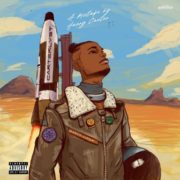 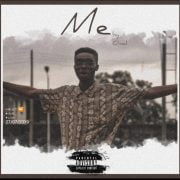 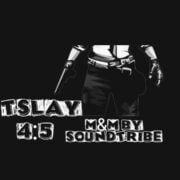 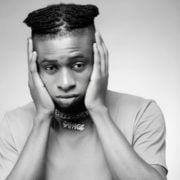