REVIEW: OLAMIDE 999 – THE EP [LISTEN AND SHARE YOUR THOUGHTS]

Evidently had to go through this beautiful body of work more than thrice and in a round view we can evidently say this is just one way the king of the street, Olamide Baddoh reminds us of how legit amazing he is and always will be.

With 999 one would have thought its all bangers but then olamide took a swing to show us why we had always been in love and respected his art right from inception. Of course, it’s a routine check and easy thing for people to rap in their mother tongue thesedays but however, just few has been able to make you enjoy the rhythm and vibe that even you least understand nothing ie for those of us who tend not to be from the west, we always get to have in stock a feeling that keeps us listening and that is a rare thing in honest term.

Listen and Read Full Review Below

On this, it would be safe to say direction of this EP was intentionally led to keep the listeners hooked, with amazing flows and chants that could easily be recited at first listen, lyrics catchy and a quick switch up by Olamide in his Rap Scheme. I am duly impressed with the kickstart of this EP, and Hooks in everyway was purely soothing and maintained a beautiful vibe from start to end.

Trivia Information: The additional voices you heard on this track is from one Ezekiel, Olamide Checkmated this error in credit not made on the artwork.

Just right after the vibe, comes in Pheelz with the bangs, Here Olamide Raps in English being all poetic, following through with Phyno with a Fire verse, damn! We did miss how they step in to own the stage at different pace though however  the collaboration extended to having verses from Snow, Cheque and Rhatti , who were awesome with their deliveries.

Song Kick started with conversation of Olamide with his Son, Batifeori Adedeji, Maximilano, referred to Milly, Followed up with a Fire Hook, Highly Relatable. The switch up in these songs were on different phases and continually hipped up, A Beauty defined with Rhythm and Sound, IMO, Hook did so much to keep me listening and having this amazing tune on repeat, Milly’s soothing voice texture actually gave it a good blend on the hook and his contribution on this beauty is one highly given the credits.

Trivia Information – Yes, Batifeori Adedeji, Maximilano, referred to Milly would be getting royalties from his contribution on the 999 EP.

Awesome Hook and Delivery to kick off this session by Olamide, Sosa E Accent and inversed distinct way of rapping was so soothing, you couldn’t just hit the next button, clever, impressive and really perfect for this amazing sound by Produced by Eskeez, His Verse was quickly followed by another astonishing rap verse by Jackmillz. Olamide did come up to place the icing on the cake with a beautiful verse, oh yeah. We missed Classics like these for a while.

Trivia Information – Olamide Stumbled On Sosa E and Jackmillz on his Explore Page, He also referred to them as The Future and also labeled this track as his favorite as at the time of release.

No Comment, This is For The Clubs, Street and For The Times we set aside to Get WILD!! WONMA.

Trivia Information – THIS IS A JAM!!!

With an Beautiful Hook by Jackmillz, Olamide again sets in with a  beautiful verse filled with equally amazing flows and rhythm, really love it when he steps in to equate the level energy needed in every song and keep the pace intact. Hooks looks too long for me but likeable, don’t listen to this when you are hungry or not feeling too well for as you might to appreciate this in its fullness.

Trivia Information – Olamide Stumbled On Jackmillz on his Explore Page.

DAMN! Could not find a better expression, While Jayboi not only owning his verse, his delivery in the Hook is one highly commended, his voice texture also gave in that flavor and as proposed Olamide did what he does best.

Trivia Information – Olamide Met Jayboi in Abeokuta IKD Hotel, Jayboi apparently served him drinks and started freestyling for hours, He decided to put him on.

With Less Concenteration on Content due to the Indigeneous lyrics, one thing for sure is the beauty of this piece. The Flow is technically topnotch and as well, we might not understand nada, we all cannot do but agree that Olamide Rapping in his dialect is what we love to see and can’t get enough of.

Rich and Famous is a reflective sound with a lot to take in, I guess he saved the message for the last, had a lot to get off his chest, a beauty in production, a calm beautiful and intresting piece to listen to and one that’s sets in for you to put back down this EP on repeat.

This is the answer to a long shot question, Can The Street Be Taken Away From Olamide?. Not onloy was this question answered also it gives us a better question, Can Our Heart no longer synch with the beautiful vibe from Olamide? which already would have been answered while you have been listening to this EP.

For me, This is the EP I would love and would have on repeat for days and I can guarantee this being a beautiful project that would evidently rock a good rating from anyone in context.

WHAT WOULD YOU RATE THESE PROJECT? 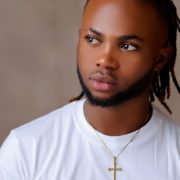 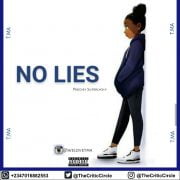