Weeks after the release of the widespread single, Still Broke. Nigerian Musical Artiste, Favi takes to the stage, teasing new music in December to wrap up the year.

Having had a dominant growth and wave in recent times, the Afro-Inspired fusion artiste, Favi, shares with his fanbase, music listeners and enthusiasts some tweets showing off lyrics from his supposedly new singles scheduled to be released. Calming and exciting fans take to share their eagerness towards the said lyrics by reacting and sharing with their friends and likewise. With little information at our disposal, It is plausible the said talented artistes would be closing the year with a grand slam collaborative project titled Nice Life Problems with one of his talented colleagues, Zayy The Dino.

In spirit, subtle tweets such as NLP (an acronym for Nice Life Problems), Tattoos, and so much more, Favi has shown his interest and presence with the much-anticipated project, and while it previews the current state of mind of the said artiste, Favi and Zayy The Dino. It also stretches the ability and room for surprises as they are yet to make a formal statement.

According to media reports, both artists had been spotted in several places, previewing new songs, including Too Many, which is reserved to be one of the duo’s most eagerly anticipated records.

While we await official remarks on the project, we so look forward to more insights and exciting details about the project as it comes.

Catch up on Favi on twitter with the handle (@Only1favi) 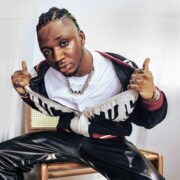 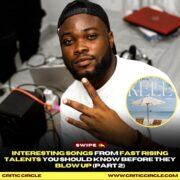 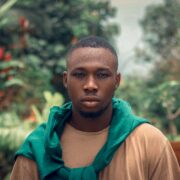