Born Favour Ikemefuna, popularly known by the stage name, Favi found interest in music early when he was 15. Kicking off his exciting music career has given birth to the release of series of materials such as Money, Flexxx, Flexxx Re-Up, “Vibes and Vices The EP”, and also his anticipated Project EP, GIDIBOY.

The Beauty of being able to witness talented individuals evolve in their range, grow in uniqueness, and become better versions of themselves is always a movie we find most entertaining to see. Engaging in his will, avoiding distractions, and being able to understand his position and the art of music he is willing to give out to his audience, Hip Hop Recording Artiste, Favi has found his element and it’s just what we love to see.

Favi has from afar never being the regular fast-rising star we get to meet daily. With every record, he has gone beyond proving he isn’t caught up with the trend but rather in his art directed in the values he loves.

Being Independent, Releasing music under Finedope which he co-owns, Favi has been able to meddle his artistry and sound to reflect the Mind-Blowing genius that involves the relationship and fuse between Trap, Hip Hop, Afro Beat, and Afro-Fusion. Inspired by the likes of Jhus, Post Malone, Lil Wayne, Royce da 5’9, Drake, and the affinity at which Ycee can blend in hip hop, he fines the element as which his art is a balance of exquisite class and style of Hip Hop and Afrobeat.

Aside from making music, Favi has found love in his team and network, having been able to build an eccentric relationship with friends who sees his art in the direction in which he plays it. From Collaboration with Huloo, Sound Engineer and Recording Artiste to Collaborative fashion outfit with his friends (OVO, at FineDope.

For More Interesting and Entertaining Content, Do Stick With Us and Join Us For a Ride. 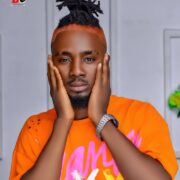 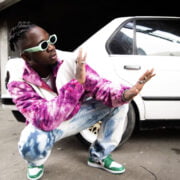