Music is often a credible source of joy for most and everyone, Today Sharing his thoughts and reviews is Shinzu, A versatile fast rising artiste who has been known to air hi heart in truest feels.

Here’s his one take review on Brand New Album, Warriors by 2Baba which was released sometime ago.

A quick review to 2baba’s Warrior album – by Ogbeni_Shinzu

Track 1
Warrior isn’t exactly an interesting introduction into the album, it’s more depressing than interesting, 2baba was lyrically speaking a lot of sense and all but as a son of the Gbas gbos ministry and a senior pastor at the Marlian Head Quarters this song doesn’t cut it for me and truth be told it’s more than it no being a dance track the song is just plain ass boring

Track Two
2baba promises us groove featuring hottest African act Burna boy but still this groove no enter body o. Burna killed his verse tho, if 2baba had allowed burna do more maybe this jam would have truly given us the promised groove.

Track 3 – Important
The plague that has followed all the tracks off recent EPs dropped this month still follows this song and the first two songs. The beat selection doesn’t seem right for the artiste. In this case I get 2baba is trying to pull a fela or something but it’s just not working.

Track 4
Carry dey go still feels like should have been sung on a totally different beat. The songs so far aren’t plain ass bad. But they are just not characteristics of the 2baba I think I know (I could be wrong yh).

Track 5
Kitty cat is a sexual song but I no sure say babe go wet after she hear this song..pussy Nd pata go remain dry.

Track 6
Opo (finally the features)
Sounds better than all I’ve heard from track 1-5, guess ts the Wiz effect, 2baba finally does something right on this album, He nd Wiz have a good synergy.

Track 7
We’ve all heard Amaka twas and still is a bop.

Track 8
This song sounds like a song upcoming artist go do for studio and men wey Sabi go dey laff am. 2baba should be above this kind song na

Ginger ft Tiwa Savage.
E no too bad sha, we go manage am.

Target you ft Syemca
who be syemca? Finally a Song 2baba starts very well, the Melody is inviting.

Oyi ft Hi idibia.
Previously released single was beautiful wonder why songs like this scarce for this album. na the talented 2baba we know be this!

I dey hear everything ft Olamide
I love olamide’s verse, love the corny line about perfect guy, beautiful, the instrumental choice feels like something olamide and Phyno would pick for a song.

If no be you feat Aj
Many of these instrumentals are fucking basic was 2baba pulling a charity working with certain producers on this album?? Na Sha song wey dem dey say thank you to God but damn the beat is too trashy I can’t deal.. skip

Conclusion
Wasn’t a great listen, Very Poorly A&Red, if I thought the projects I listened to earlier this week were bad. This is the worst of the lot. I refuse to agree this is a project by 2baba. Believe the real one never drop, so yes ah still dey Anticipate

Do You Agree To His Statements, What’s your thoughts on this Review? 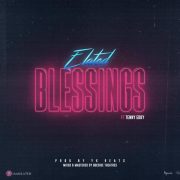 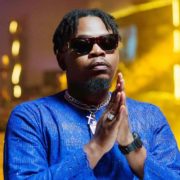 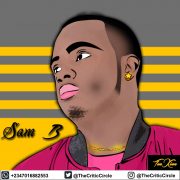