Having dropped his debut single, Bentley, in 2021. Taking his break to recuperate and discover himself, grow and experiment with his art. Fast Rising Artiste, Kozykid Reprises his role of being a pop star in a brand new single titled YKTV off his upcoming debut EP “Kozy ASF”.

Having bulged into his inner space to recreate and develop his art, Kozykid hits back with the single, YKTV, an abbreviation for “You Know The Vibes”. Produced by Musestrokes, “YKTV” serves by being part of a larger body of work yet to be released by Kozykid.

On the inspiration behind the track, he says;

This project would help people better understand the kind of artiste I want to be.

“YKTV was inspired by the transition between my past and my present day. In this song, I’m telling a story of how a fly-looking youngin (Me) is being envied and closely monitored by ops. But this time has no fear, despite being surrounded by negative mindsets and bad intentions from his surrounding ops.

Where I’m from, it’s almost impossible for a youngin to be successful in peace,” but YKTV is a morale booster, one that every other youngin can cling to, that in the end, they will always come out victorious despite any challenge.”

Kozykid, known for his range and genre-bending antics, describes the song as a combination of different sounds and classifies his brand new single as an Afropop song.

YKTV is currently featured on Editorial Playlists on various digital streaming platforms, airing on radios and attracting applauds from music listeners. The entire EP is set for release later this year.

LISTEN TO YKTV HERE, IF YOU HAVEN’T 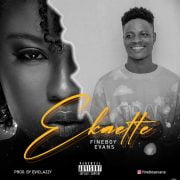